My computer was cut off from the US for several days and I felt as isolated as when I hiked alone in Taiwan’s Taroko Gorge. The Richter 7.2 earthquake off Taiwan’s coast in late December damaged 6 submarine optical cables, leaving only one cable routing to Singapore functional. It’s good to be connected again.

I spent five days walking the trails of the beautiful but geologically unstable Taroko Gorge. These mountains rise 1/5 of an inch each year and the streams continue to cut and carry away eroded rocks. If that massive earthquake happened two weeks earlier, I could have seen rock falls like this earlier one. Some house-sized boulders rolled down onto roads and streams. 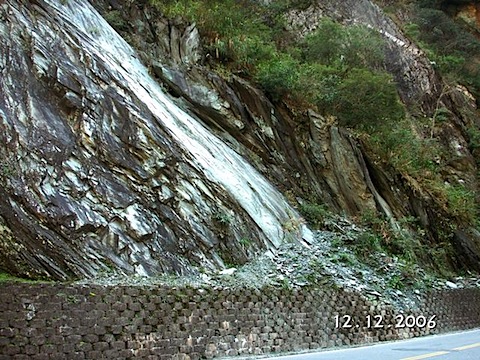 Some rocks are loose and seem ready to fall.

Marbles of the Gorge seem solid, but they are eroded by water easily. This polished sphere was installed ten years earlier, but the top surface is already grainy to the touch while the bottom surface is still mirror smooth. 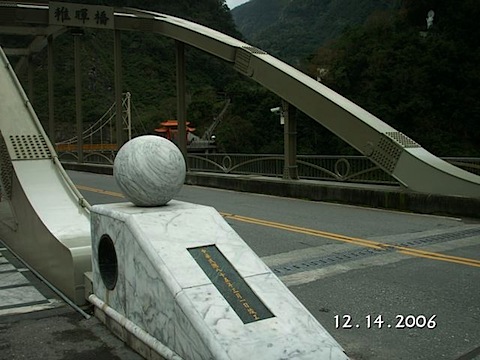 The Gorge is beautifully and pristine. Many trails hug vertical cliffs and post many warning signs about falling rocks, fierce hornets and snakes. 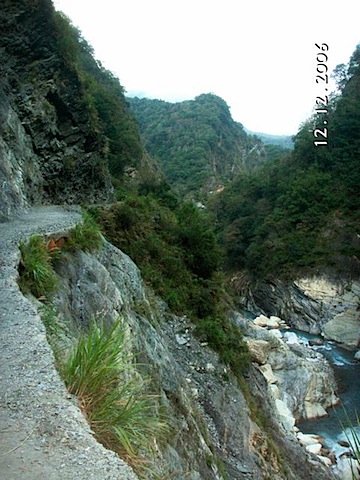 At the end of one trail, the waterfalls made the long trek worthwhile. 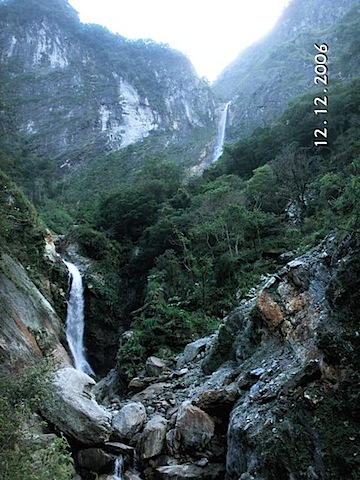 Early in the morning, low clouds play peek-and-boo with the mountain. I felt I was watching a Chinese ink painting in motion as the clouds changed constantly. 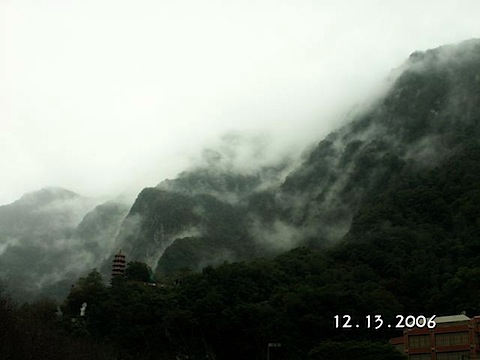 The motor road that cuts through the mountains was made with hand tools by 20,000 demobilized soldiers in the 1950s at the cost of about one life lost per mile of road. This fatality rate is similar to the hundreds of Chinese killed while constructing the first transcontinental railroad through California’s Sierra in late 1800s. 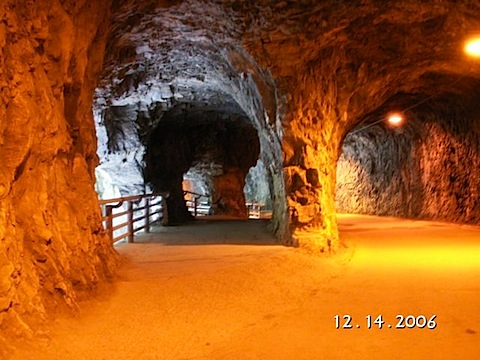 At the end of five days, I was glad the walking was over and I was going home. Nothing beats a hot cup of cappuccino among the cliffs. 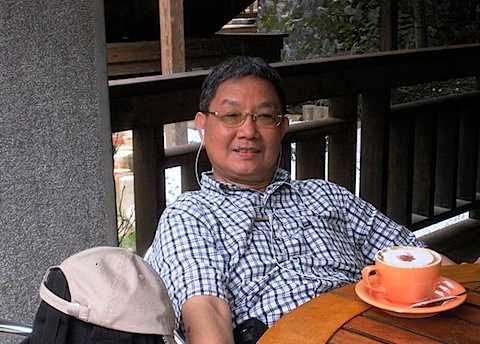