One of the pleasures in being retired is the abundance of time to do things that were too time consuming to be done when gainfully employed.  I am glad I can use my hands and simple tools to make things that please me and keep me active.  In the last few days, I made a model of a Chinese battle sword used in a famous battle during China’s war of resistance against Japanese aggression in 1931 – 1945.

Fighting against the well trained, armed and led Japanese army, one detachment of Chinese defenders closed in at night and attacked the Japanese with these swords.  The victory of the Battle Sword Detachment (大刀隊) in defense of the Great Wall was a first victory against the seemingly invincible Japanese and it lifted Chinese morale.  This was a desperate act for dadao was no match against machine guns, but China was very poorly armed and had to use these relatively primitive weapons.

The photo below show Chinese ladies visiting the Battle Sword Detachment and holding their formidable weapons. 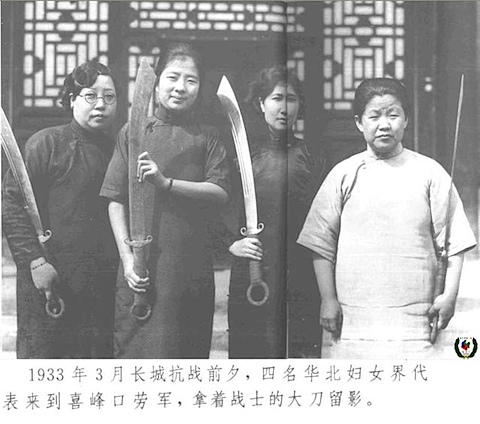 One distinctive feature of this battle sword is the large ring pommel.  During the Han Dynasty 2,000 years ago, long and straight steel swords featured such ring pommels, but this style disappeared in the following dynasties.  A few hundred years ago, Qing foot soldiers started to carried two-handed broadswords with ring pommels and this style lasted through WWII.  The ring was used to tie a rope for carrying the sword on the soldier’s back.

Starting with a bar of steel, I used electric drill, hack saw and file to shape the rough outline of the sword. 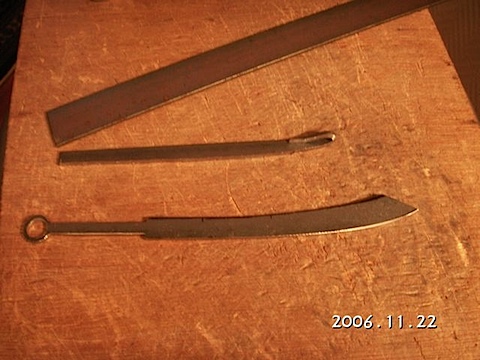 The blade is filed to the right thickness and taper.

A miniature file was used to carve two troughs in the blade. 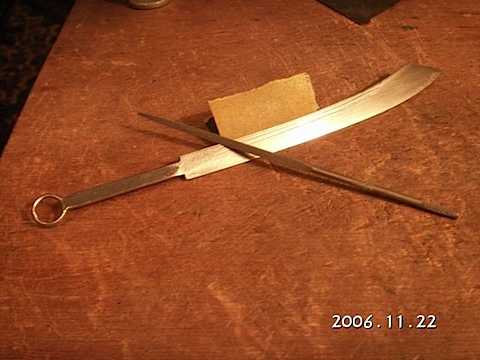 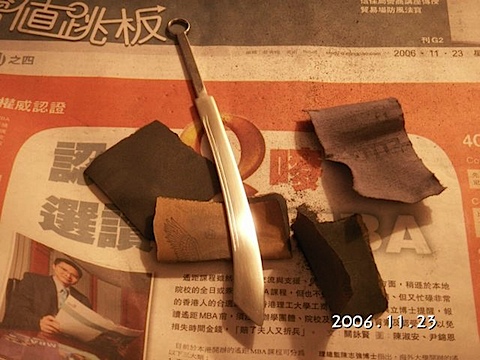 A piece of brass was cut to form the hand guard. 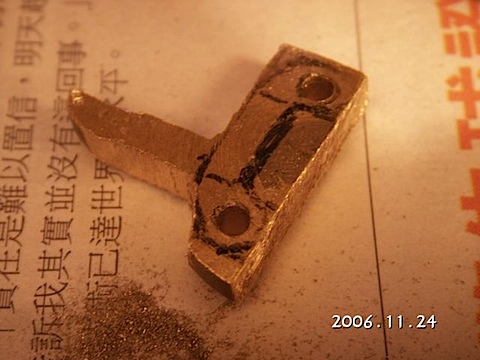 The finished half of the hand guard.  Another piece of brass was soldered to this to form the complete hand guard.

The hand guard fitted to the sword. 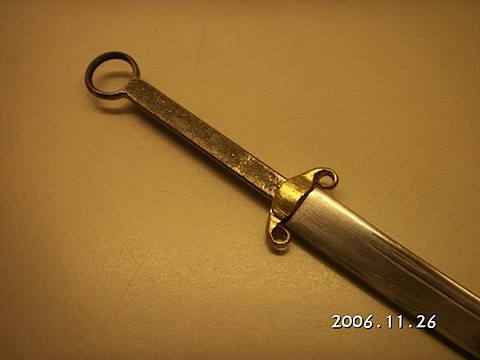 A strip of cloth is wound around the handle and the pommel. 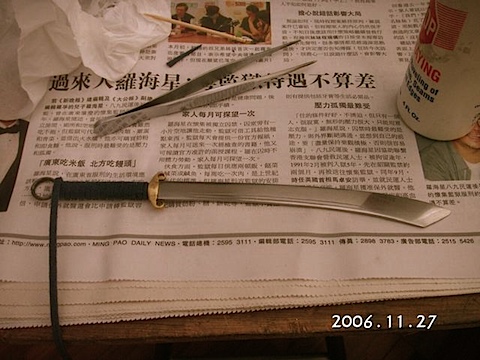 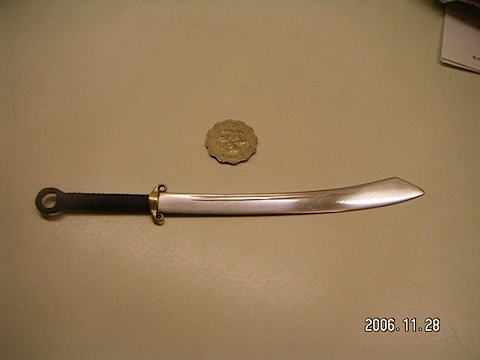 The model sword is compared to a photo of the museum piece that was used in that famous battle.

Now I will make the leather sheath and the cloth storage bag.